We at The Community Phone Company strive every day to make sure that we are truly listening to our members. As a reminder our plans start at $25/month and all come with unlimited calls and texts. We dedicate ourselves to providing friendly customer service and teaching tech-literacy at senior and low-income centers. Our monthly TeleGrahams may include company updates, recommendations for local organizations and events, and a Member Spotlight, where we can profile one of our outstanding members.

We’d also like to remind you about our Care To Share Program. If someone signs up for our service from your recommendation, you both receive a free month of cell service up to $100 each!

On August 15th, we had our official press launch!

Below is an excerpt from CEO James Graham’s interview with WBUR’s Bob Oakes. The interview aired on the NPR’s Morning Edition on August 15th, 2018. James and Bob discuss what drives Community Phone to be unlike any other cell phone carrier. Click on the button below to listen! Click Here To Listen To James On NPR!

Thank you for being with us from the beginning. We are honored to be growing so quickly, and we will forever be grateful for your early support. 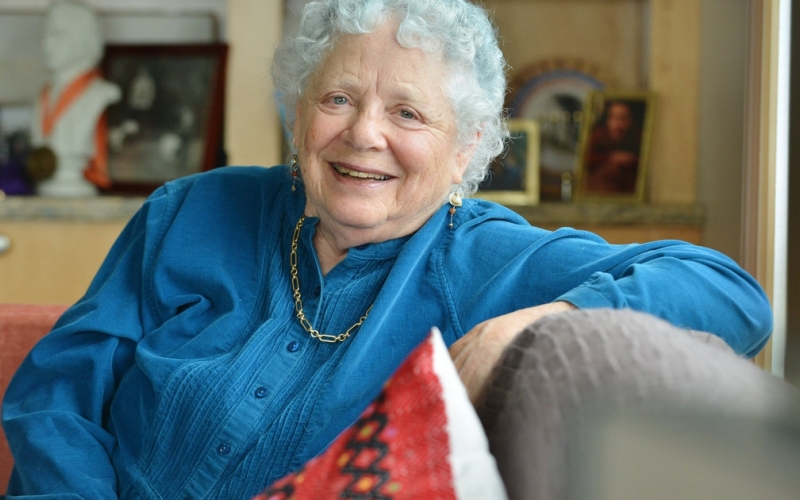 When Community Phone member Anne Bernays teaches fiction writing at Harvard University, she tells her students to cut any extra words. Adjectives and adverbs, in particular, are struck if they do not serve the story.

She wants the same from her wireless service. Simple, to the point, with no extras. Community Phone is happy to provide that to Anne, and to all of our members.

Here is Anne’s Member Spotlight, written by one of her talented students, Metta Dwyer.

Please email help@communityphone.org if you’d like to be included in a future Spotlight.

Anne Bernays published her first novel, Short Pleasures, in 1963. It was based on a story she’d seen in the paper. In the story, an heiress had gone missing for three days, right before she was supposed to get married. When she returned, she claimed she had been kidnapped.

Anne didn’t buy that explanation. She thought the woman had run from a marriage she didn’t want. And Anne wanted to tell the woman’s story. The woman in the story did end up getting married. But as a novelist, Anne wasn’t constrained by what really happened. Instead, she could focus on telling a good story.

She wrote this first novel on a typewriter. It took three sheets of paper, just to make sure there were extra copies. But computers, she says, were “a game changer.” Not because they made the thought process easier, but because they reduced the amount of time it took to get an idea from her head and on to paper. It took away a barrier, a level of resistance, from the writing process.

Today, at 88 years old, Anne is still focused on telling a good story. In the fiction class she teaches at the Nieman Foundation for Journalism at Harvard, she tells her students, “Fiction is about what people do to each other.” Details and descriptions should all be in service to the story.

Anne is primarily a novelist, but she also co-wrote a memoir with her late husband about their lives in New York in the 1950s, called Back Then. Today, she teaches a class in writing memoir in her home. Her students are mostly in their 60s and 70s.

In addition to teaching, Anne is still writing her own stories. She’s working on a new novel, which she calls a ‘parable.’ It’s about a man so vile that when he is found murdered, the investigator is overwhelmed with suspects.

She also writes frequent opinion columns for the Boston Globe covering everything from her opinion on the famous painting “Scream” by Edvard Munch to her feelings on science’s ever-changing health advice. A new column about work will be published in an upcoming edition of the Globe.

If you’re surprised that an 88 year old is still writing fiction, non-fiction and opinion, and teaching classes, don’t be. Anne has also had more than thirty letters to the editor published in the New York Times. The most recent letter stated, “Retirement before you’re truly ready to stop cold is like getting a Botox shot in your brain… Love and work: These are the two items that together create a worthy human being.” Anne is still working, and still loving it.

Anne wrote her first novel, Short Pleasures, on a typewriter. But computers, she says, are “a game changer.” They reduce the amount of time it takes to get an idea from her head to paper. It takes away a barrier from the writing process.

This is what technology should do: remove barriers. When technology isn’t working and you can’t get the help you need, it creates barriers instead of removing them. Community Phone wants to make sure that technology removes barriers for all of our members so they can continue doing what they love, just like Anne.

Community Phone is a nationwide cell phone carrier recognized by NPR for its full service experience and affordable prices.